Humans are used to contaminants like chlorine as human tolerance is higher, but what about dogs and chlorine? Many chlorine levels are healthy when people are exposed to chlorine, even if you swallowed it by mistake.

But most canines (except swimming dog breeds), on the other hand, have more sensitive ears and eyes than their owner’s ears and eyes. This exposure makes dogs more susceptible to chlorine dangers.

As pet owners becoming more informed and inquisitive about the effects of different chemical reactions in your pet’s life is important. And it is natural for people to question if chlorine toxicity is possible in dogs?

Here’s what you need to know about chlorine and its effect on your dog. We tried to answer all the questions concerning this subject, whether or not our lovely pets were safe with chlorine?

How Chlorine Can Be Toxic for Dogs?

Chlorine is one of those chemicals which we know it’s harmful but we still use it due to its property. Chlorine in the recommended amount does not hurt anyone.

But the problem comes when we use it more than companies guideline. Chlorine is widely used for cleaning pool water and in many places to clean drinking water too.

Chlorine splits to form hydrochloric acid and hypochlorous acid when it is combined with water, which is highly toxic. Chlorine can react with water in the body to form these two harmful acids which can lead to harmful effects.

These chemicals oxidize and breaking down the cell wall and destroying the structures inside microorganisms in water by which results in its antibacterial properties.

Which means it kills and prevents the growth of bacteria. As a result, people commonly use chlorine in very low concentrations to purify drinking water and sanitize swimming pools.

Although the amount of chlorine in a swimming pool is usually minimal, swallowing too much pool water can result in your dog being poisoned with chlorine.

The chlorine content in public drinking water is extremely low and not detrimental to human health, but it is undoubtedly harmful to your dog.

How Chlorine Can Affect Your Dog?

Now that we know chlorine is generally safe in the right concentrations, you should know that chlorine can also be irritating to the skin, eyes, digestive tract, and sometimes the respiratory tract, even when used appropriately.

The severity of chlorine poisoning symptoms in a dog will depend on several factors, such as the amount of chlorine if it is higher than the recommended chlorine effect can be seen in dogs.

The type of exposure mainly from the water of the pool, the duration of exposure for how long your dog is exposed to the chlorine.

However, after exposure to excessive amounts of chlorine, symptoms may be immediate and serious. The following side effects may include.

Breathing difficulties whose symptoms are coughing and wheezing which can lead to pulmonary edema, which is a build-up of fluid in the lungs, chest tightness, abdominal pain, burning in the nose, mouth, or eyes, nausea, and vomiting.

Skin irritation and blisters are the most common effect of pool chlorine. It’s mostly advisable to directly go to the vet if you see this symptom in your dog.

Diagnosing chlorine poisoning is usually straightforward as symptoms develop rapidly after ingestion or inhalation of the chemical.

Long-term risks may occur after exposure to high concentrations of chlorine. Risks, as discussed above, are more likely to occur after initial exposure results in severe health problems such as lung fluid (pulmonary edema).

The most common of these symptoms, skin irritation and itching, can be avoided with prompt rinsing of your dog off with non-chlorinated water a.k.a fresh water.

You should also limit the amount of time your dog spends in the pool, especially if they start showing any of the above symptoms.

If your dog is sensitive towards chlorine, you should stop taking him to swim. Instead of that you should find and treat the cause of your dog’s sensitivity and find relief.

But don’t be confused about an ear infection as a chlorine side effect. As ear infections were more likely in dogs who swam frequently, this is not believed to be due to chlorine.

Instead, it is probably due to the frequent wet environment in the ear when swimming. Veterinarians usually suggest a routine for you and your pet to avoid these pesky irritations.

As far as chlorine is concerned, the quantity in a pool is negligible, but the toxic concerns are with dogs eating chlorine tablets, so the greatest risk to animals is related to the concentrated form of chlorine before it is placed in the pool.

Chlorine tablets should be stored in their original containers at all times and kept in an inaccessible place for pets.

If inhaled, chlorine gas can be hazardous, and direct contact with undiluted chlorine can damage the skin and eyes.

Ingestion of chlorine tablets would be very rare for a pet as the smell is often unattractive to dogs, but careful handling would eliminate even the smallest chance of chlorine exposure completely.

While training your pup to swim, you can teach them to not drink the water of pool.

Consuming chlorine water is the other most common way dogs are exposed to chlorine. They might see a swimming pool as a big bowl of water.

Make sure it is prohibited to eat or drink pool water as this can cause other issues as well. Having fresh water near the pool is going to be safer so that your dog can easily access it.

We must use dog life vests to keep dogs stay safe in the water when they just started.

Our Note: Why don’t we buy top-rated dog swim trunks this summer to make sure that our canines enjoy this season?

In general, taking the occasional exposure to chlorine unlikely to cause harm to a dog. In fact, while many dogs who swim very frequently rarely experience issues.

However, definitely keep a close eye on your dog’s behavior and health and try to catch the early signs or symptoms.

Always try to minimize the exposure time in the pool, to any sort of chlorine, in tablets or in gaseous form. And when you notice any of the above signs, always run to your veterinarian as many regular symptoms could lead to fatal.

Follow the DogLovesBest Team or let them know your suggestions. 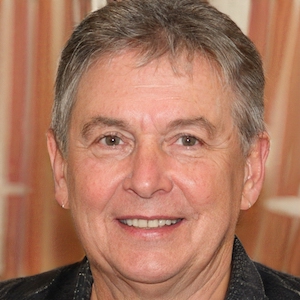 Ellis is a retired veterinary technician and full-time contributor at DogLovesBest. He likes writing about pet health care tips and reviews the products that are useful for fidos on a daily basis.

Ellis also guardians a Siberian husky, Nova, and a cat named Shilly. They all live happily with his wife Ammy, and both the dogs on a seaside apartment in Queens, NY.

DogLovesBest is a free resource for dog owners, providing reviews of various products that you shall offer to your pooch. It will surely increase their love for you.

DogLovesBest.com is a participant in the Amazon Services LLC Associates Program, an affiliate advertising program designed to provide a means for sites to earn advertising fees by advertising and linking to Amazon.com. As an Amazon Associate We earn from qualifying purchases.